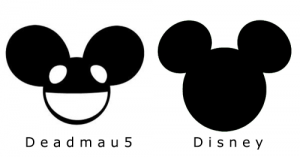 This is a continuation of last week’s blog.

How do I file my application? Trademark Searches

Before filing an application, it is crucial that you have a trademark search done. This lets you know whether the trademark you’re applying for is already being used by someone else, or is so similar to another trademark that your mark will infringe on their use of the trademark. For example, if you wanted to trademark an airline and call it “Deltuh Air,” the spelling is different from Delta Airlines, but it’s so similar that confusion is practically guaranteed to occur.

You’ll need to hire a lawyer to do a thorough search, but when you factor in the fact that you’ll be able to prevent other businesses from stealing your customers and creating a likelihood of confusion by using your brand name—believe me, it happens more than you’d think—the search is well worth it.

The United States Patent & Trademark Office (“USPTO”) controls which industry—or industries—a given trademark is in, with the USPTO’s various classes. Each class number has descriptions available for industries that it includes, and each trademark awarded fits the individual trademark into one or more class descriptions.

Note that companies are allowed to make their own trademark description, too, if their industry is a new one that the USPTO doesn’t already know about. So, if you have a company that’s started an entirely new industry, and the USPTO doesn’t have a pre-made class that fits your company, you can get your lawyer to write a new description that’s perfectly tailored to include all the unique ways you’ll be using your company’s brand.

The Prince Example (How Small Companies can Make Big Money)

One of my favorite examples of a trademark dispute involves Prince’s “Purple Rain” tour. Back in the 80’s, after the release of his album, Purple Rain, Prince toured across the US to promote it. He was met with a hangup, however, when his legal team realized that there was a band in the DC area that was called “Purple Rain,” and they had been using their trademark well before Prince’s album came out. If you’ll recall from last week’s article, trademarks are geographically limited, so while Prince could likely perform the “Purple Rain” show in California, doing a “Purple Rain” show in DC would infringe on the local DC band’s trademark. Note, also, that these two trademarks share the same industry (live music).

To avoid infringement, Prince’s lawyers approached the band, Purple Rain, and offered them a settlement agreement—payout—that would allow Prince to play his DC show, and the Purple Rain band to make a great deal of money, just by being there.

Of note in that example, is that the term “Purple Rain” was not a registered trademark with the USPTO. Had the band registered their band name as a trademark, they may have been able to get a lump sum payment for every USA show that Prince did, not to mention a portion of his album sales and T-shirts!

Does Disney have a Case against the DJ DeadMau5?

You remember the DJ, right? It’s a blog about a DJ…

The main issue in any trademark dispute is whether or not the defendant’s actions (in this case, the DJ) causes confusion. Would a reasonable person—consumer—look at the DJ’s logo with a silhouetted cartoon mouse image with X’s over the eyes, and think that Disney was responsible for it? In my humble opinion, the answer is “no.”

That said, I used to make my living as a band member in a touring jazz quartet, so I am very biased towards the artist.

If I were advising DeadMau5, I’d point out to him that Disney’s legal team is as big as it gets, and if they want to bury a defendant in legal costs, fighting an attrition war, there’s very little the defendant can do. It’s a bit like trying to play a few hands at the World Series of Poker tables with $5 in chips; sure, you can win, but it’s extremely unlikely. When the financial standing of both companies are that disproportionate, there’s very little that the innocent party can do, even if their case is a strong one.

What DeadMau5 has decided to do, and I applaud his efforts, is raise awareness of the lawsuit by keeping his fans and followers constantly updated on Twitter, in the hopes that he can garnish enough public outcry to make Disney’s PR department force its legal department to give up the fight.

From the standpoint of Disney’s trademark, they have a strong argument that the Mickey-Mouse ears are iconic, and they are used in an enormous amount of industries (think TV shows, movies, soundtracks, radio stations, T-Shirts, even cruise ships!). Given that, the reach of their trademark is also quite large, and certainly encompasses the entertainment industry as a whole. While the DJ, DeadMau5, plays music that’s in a different genre from Disney, it is still music, at the end of the day, and a court could easily find that his big-eared logo creates likelihood of confusion in the music industry.

Jonathan Sparks is the principal attorney at Sparks Law, and of counsel at Merolla & Gold. He helps small to medium sized companies with their legal issues, general counsel and registered agent services.