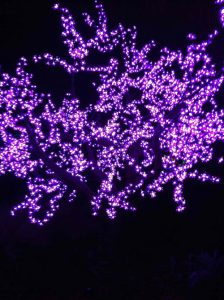 We touched on the basics of Copyright law in a recent blog post, but haven’t gotten into exactly how far copyrights can be pushed. The outer limits of copyright protections are vague—as you’ll see when we move into tattoo art copyrights and how they affect movies and game companies:

Tattoo Artists Have Rights, Too!

As discussed, a copyright is constitutionally protected intellectual property. This property right is triggered at the moment the work is created. Technically, the minute I save this blog file, I am the owner of the copyright. Note the distinction however: I don’t have a registration with the Federal Copyright Office, but I do own the copyright.

Similarly, whenever a tattoo artist affixes their work to a client, the artist instantly owns the tattoo image they create. Strange as it may sound, the person who purchased the tattoo does not own the copyright to that tattoo! The artist does.

What Can Tattoo Artists do with their Copyrights?

Well, probably more than you’d expect. Tattoo artists claiming copyrights (and succeeding in court) basically started in 2011 when the artist who created Mike Tyson’s tribal tattoo sued Warner Bros for infringement by placing the same tattoo image on one of their characters in a movie (The Hangover 2). While the case ultimately settled outside of court, it was clear that the judge wasn’t buying the defense’s “fair use / critique of the copyrighted work” argument, and would probably have sided with the artist.

Since then, there have been numerous issues with characters depicted in video games, such as when Christopher Escobedo’s tattoos were used in a UFC fighting video game.

Now people are concerned about NFL games and other sports where the characters depicted have licensed to the game the use of their image, but don’t own the copyright to their many tattoos, leaving the game companies open to lawsuits by the tattoo artists. Imagine all the copyright licenses video games will need for 49ers Quarterback Colin Kaepernick!

As the American Bar Association mentioned, it would not be surprising to see tattoo parlors handing out license agreements for their tattoos to famous people who are, essentially, promoting the tattooist’s work!

Some Simple Advice for Game Companies and the Celebrities they Seek:

If you’ve got any celebrities in your games that have any noticeable tattoos, be sure to have a lawyer go through your licensing agreements with the celebrity as soon as possible (hopefully before game release) to ensure that you won’t get any lawsuits from the tattoo artists.

If you’re a celebrity that may at some point get depicted in a game or movie, give your tattoo artist(s) a call and see if he/she would be interested in licensing the use of the tattoo to the movie / game companies. If you’re about to get a new tattoo, see if you can find an artist that will take a little more payment up front for the tattoo in trade for waiving their rights to the art later on. This would basically fall under the “work for hire” limitation on copyrighted works, discussed in detail here and here.

Jonathan Sparks is the executive attorney at Sparks Law, where he helps out startup and tech companies with business law issues, general counsel and registered agent services.

Are there any blog topics you’d like to see? Any legal questions you’d like answered? Please feel free to leave them in the comments section or shoot me an email. I’d be happy to help out.