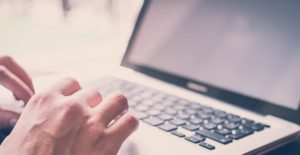 Many companies are subject to some kind of online review platform, be it Yelp, Angie’s list, on Facebook or on forums. Lawsuits for defamation have been on the books for centuries, but will courts consider negative online reviews defamation—allowing companies to sue the reviewer and recover damages?

So what constitutes Defamation?
The legal theory of Defamation includes two subcategories (libel and slander) depending on whether the defamation is written (libel) or spoken (slander).

How do you prove damages from Defamation?
In order to prove damages, the Plaintiff must demonstrate that they were harmed by the Defamation. Often a business will be able to demonstrate damage to their reputation based on the false statements made from things like lost profits. Statements that the Plaintiff is personally corrupt, a cheater, conducts side-dealing, is sexually promiscuous or has a sexual disease are basically presumed to be defamatory, so in these cases, the Plaintiff has an even better chance of winning at trial.

Does it matter whether the statement is true?
Yes, very much so! Truth is an effective defense to Defamation. If the Defendant can show that what they said was true (even if it is embarrassing to the Plaintiff); it is not Defamation.

Is it an opinion or actual Defamatory Statement?
The First Amendment guarantees the right to voice your opinion. So how does that right interact with the law of Defamation? If I say “I think McDonald’s makes bad food” or “Politician-so-and-so is annoying,” I would be able to defend against a defamation suit because my statements are only my opinion. If, however, I said “McDonald’s cheated me out money and poisoned me” or “Politician-so-and-so lied to the voters about how he spent their money,” I would have a lot more trouble defending a Defamation suit (unless I could prove that these statements were true).

Can Companies Sue Yelp Reviewers?
An interesting case recently discussed this issue . A company angry about negative Yelp reviews sued the people who posted the reviews. The case has only just begun, but you can watch how it goes here. Factors in this particular case will be the same as we discussed above, namely whether the reviewer is telling the truth about their experience with the company, merely speaking an opinion, etc. Another case in Virginia concluded that Yelp reviews could, in fact, constitute defamation.

The Public Policy Argument
An argument can certainly be made regarding whether it is good public policy to allow people to post negative reviews online. An unhappy reviewer can do a lot of damage to the reputation of a company, particularly if the content of the review is exaggerated or entirely false. Certainly, if reviewers are often sued and lose, there’d be a deterrent against the posting of such reviews. On the other hand, people have been giving “reviews” or advice to their friends and family about companies for hundreds of years and the defamation laws have adapted to serve the purpose of stopping reviewers who lie about companies, while protecting reviewers who have a good faith reason to write the negative review. While it is true that online reviews have the capacity to get published to many more people than was possible before the internet, I would argue that the same circumstances allow companies to get positive reviews published to many more people as well; it’s a double-edged sword that encourages companies to be better, and reviewers to be more honest, and I’m not sure that we can improve upon it.